New Jersey: Over One Million Gun Owners Refuse to Obey Ban, No One Turning in Magazines

New Jersey: Nearly 4,00 may have been exposed to HIV, Hepatitis at surgery center

As participation in flu vaccines plummet, CDC attempts to whip up fear with ‘warning’ over common respiratory virus

CenturyLink System Failure Causes 911, Internet Outages Across The US

UK confirms: The Next Big Solar Storm Could Cripple Britain’s Infrastructure With £16 Billion Worth Of Damage

Ground Zero: Strange things are going on in Antarctica

‘We build a Wall or close the Southern Border entirely’: Trump

‘He gave his life to save others … He’s a good boy’: Police mourn K-9 slain on Christmas Eve 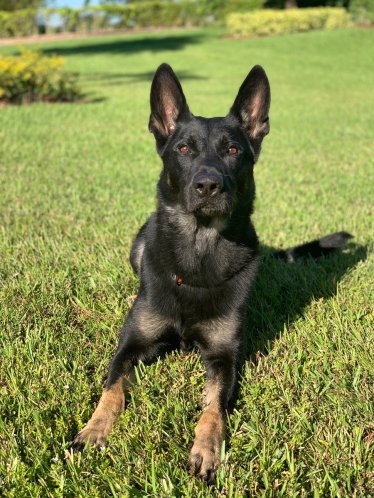 How Much of the Internet Is Fake? Turns Out, a Lot of It, Actually

Why drug testing at work ‘is the new don’t ask, don’t tell’

Trudeau claims it’s not his #WelcomeToCanada tweet but the U.S. political climate that has migrants ‘fleeing’ America

raped and beheaded by practitioners of religion of peace

Echoes of Adolph- Angela Merkel: Nation States Must “Give Up Sovereignty” To New World Order

It’s Not Just Trump: A Wall Street Chorus Is Calling For Powell’s Scalp

Mueller Must Be Investigated For Destruction Of FBI Evidence: Giuliani

from Paul Bedard 11-30-18 in washingtonexaminer.com

In an extraordinary and sobering report meant to educate the nation on a growing threat, a new military study warns that an electromagnetic pulse weapon attack such as those developed by North Korea, Russia, and Iran could essentially challenge the United States and displace millions.

“Based on the totality of available data,” said the report from the Air Force’s Air University and provided to Secrets, “an electromagnetic spectrum attack may be a threat to the United States, democracy, and the world order.”

The report, titled, “Electromagnetic Defense Task Force,” and the product of a mostly classified summit of officials from 40 agencies just outside of Washington earlier this year, is a forceful call for a new focus on preparing for either an enemy EMP attack or a natural hit such as a solar storm.

While it is focused on the devastating impact an EMP hit would have on the military, it appears to support a congressional warning that up to 90 percent of the population on the East Coast would die in a year of an attack that would dismantle or interfere with electricity, transportation, food processing, and healthcare.

Consider just some of the warnings in the report from the United States Air Force Air University and the Curtis E. LeMay Center for Doctrine Development and Education. Citing figures from the Union of Concerned Scientists, the report:

Figuring out just which country launched an attack would be difficult since certain weapons could be delivered in a satellite.

It also noted the development of the 5G mobile network and how it will run communications and why it must be protected, especially since China is the biggest investor in its development.

“Because control of 5G is roughly equivalent to control of the Internet, open 5G is critical to freedom and free-market economics. Meanwhile, access to the 5G-millimeter wave bandwidth will be critical to operations in all war-fighting domains, in particular, space command & control,” said the white paper.

Lt. Gen. Steven Kwast, the commander of Air Education and Training Command, said, “As electromagnetic technologies fuse in new and often dangerous ways, it’s critical that the military and industry make honest evaluations of present and future conflict states to ensure we’re proactive rather than reactive.”

He also advised for predicting how U.S. foes will try to outsmart any fixes to the electric grid and other targets of an EMP attack.

“French actions before WWII demonstrate that even bold action, such as building the Maginot Line, can be rapidly overcome through imagination. The imagination that defeated the Maginot Line was the German Blitzkrieg which unexpectedly exploited the only gap in the wall. Groundbreaking research like this can help the wider defense community understand not only how take bold action, but how to take the right bold action to prevent catastrophic outcomes,” said the general.

The report said that the government should focus on the issue and declare it a critical issue. What’s more, it called for a central effort to push for EMP prevention and reaction should an attack come.

“The potential for an adversary to inflict damage on states through EMS attack has grown significantly,” said the 69-page report, which warned, “An EMP attack affects all devices with solid-state electronics and could render inoperative the main grid and backup power systems, such as on-site generators.”

It highlighted the lack of a reaction plan or major focus on an EMP attack, even if just from a solar flare. “In some areas, there is a complete absence of strategy,” said the report. It added, “EMP is a tragedy of the commons as ‘no one’s job jar.’” 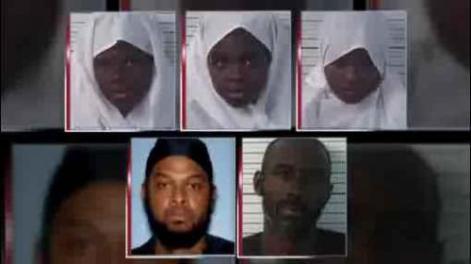 Jihadis released after DA ‘screws up’

… And then FBI arrests them all

Opioid addicts are abusing animals to get drugs

STD’s at all-time high in US

One in seven US adults used marijuana in 2017

Scientists discover a genetic link between marijuana use and schizophrenia

Pope’s defenders rally around him; accuse conservatives of escalating ‘war’

They Gofund a homeless vet then decide he can’t be trusted with money ($400,000)

Arrest of Iranian Spies in U.S. Just ‘Tip of the Iceberg,’ Lawmaker Warns- “result of the Iran regime getting financial support from the Obama administration in the Iran deal”

The job market awaits: Berkeley students are facilitating their own courses this fall on topics such as “Deconstructing Whiteness,” “Palestine: A Settler-Colonial Analysis,” and “Decolonizing Methods in Academic Research.”

CNN, Credibly Accused of Lying to its Audience About a Key Claim in its Blockbuster Cohen Story, Refuses to Comment

South Africa Calls for 300,000 Gun Owners to Turn Over Their Weapons

Armstrong: the hunger stones have appeared

Real problem with Korean negotiations? N. Koreans can’t figure out what’s going on with our politics, how long would deal with  embattled Trump last?

Cuomo Received $25,000 From Weinstein Lawyer’s Firm as He Suspended Probe

Armstrong: Attributing all-powerful ability to CIA is not warranted