from such, turn away

We live in perilous times.

Is it because of wars, climate change, civil unrest, natural disasters, crime, or diseases?

No. We live in perilous times because men (and women) are lovers of their own selves, without natural affection, lovers of pleasures more than lovers of God:

2 Timothy 3: 1-5 This know also, that in the last days perilous times shall come. 2 For men shall be lovers of their own selves, covetous, boasters, proud, blasphemers, disobedient to parents, unthankful, unholy, 3 Without natural affection, trucebreakers, false accusers, incontinent, fierce, despisers of those that are good, 4 Traitors, heady, highminded, lovers of pleasures more than lovers of God; 5 Having a form of godliness, but denying the power thereof: from such turn away.

Natural disasters and epidemics are signs of the times. Civil unrest and wars are consequences.

Crime, violence, destruction of families and divorce are the results of turning away from God.

The times are perilous because people deny the power of God. People no longer care about what God wants. They only want what they want- what makes them “happy.”

From such, turn away.

If the artist is singing about threesomes and perversity, if the actor is a known pedophile, if the movie is full of violence, immorality, and blasphemy- don’t say “well I like the music” or “he’s just a great actor” or “it’s still a good story”- from such, turn away.

My dad used to always tell me that if I rolled around in the gutter long enough, I would learn to like it. There is an old expression about laying down with dogs and waking up with fleas. We are always told to “surround yourself with winners.” No matter how strong we think we are, we cannot help but to be influenced by those around us.

And there is big danger in that:

Isaiah 5:20- Woe unto them that call evil good, and good evil; that put darkness for light, and light for darkness; that put bitter for sweet, and sweet for bitter!

Think about society today. There was a time when cohabitation- living together, “shacking up”- was low-class, immoral. Now it’s normal. Constant exposure to something eventually becomes internalized, becomes normal.

It can be tricky. There are alot of people that speak well, they give to charity, they help people. Maybe they are kind, witty, attractive. They have a form of ‘godliness’. We say “look how good they are trying to be” while ignoring they beat their wives, abuse their children, live completely immoral lives, promote atheism, celebrate perversity.

Psychological studies and sociological research have proven that constant exposure to violence, pornography, and the glamorization of illegal and immoral activities desensitizes people to these behaviors and completely distorts our perceptions of what is normal.

The entertainment industry is particularly adept at selling soul-damaging behaviors and promoting immoral behaviors. A few years ago, everybody was wrapped-up in “Game of Thrones”. Because it was all the rage I made a couple of attempts to watch it- I couldn’t do it. It was absolute filth. Rape, nudity, incest- garbage. Do you think Jesus would watch it?

Our society’s idea of role models has changed drastically. What was once Martin Luther King has become Snoop Dogg- it has an effect. The Black community was once very conservative with strong families. Now, after years of assault by gangsta rap 70% of Black families have no father in the home and over half of Black males have been to prison.

The divorce rate was once less than 10% in our country- after the “sexual revolution” and free-love movements it is now over 50%. The traditional family is demeaned in popular culture and divorce is now common-place.

Why you are here:

That ye may be blameless and harmless, the sons of God, without rebuke, in the midst of a crooked and perverse nation, among whom ye shine as lights in the world;- Philippians 2:15

The public discourse has become caustic. Opinions have grown strongly divided. There are even dire warnings of civil war. Protests are growing more violent.

These are all symptoms, outward manifestations. Consequences.

The real blame was seen and described a long time ago- Jesus saw these times and explained:

Matthew 24:12- And because iniquity shall abound, the love of many shall wax cold.

Because gross immorality, injustice, and wickedness shall dominate the culture- love grows cold.

Love of the Truth dies, love for family and relationships dwindles, love for God disappears. It is replaced with lust for other things. Distracting, vexing, empty, things.

Isaiah 5:20- Woe unto them that call evil good, and good evil; that put darkness for light, and light for darkness; that put bitter for sweet and sweet for bitter!

We don’t love one another. We despise each others. We don’t love God, he is scorned and condemned. Morality is ridiculed. We don’t love ourselves, we engage in a wide spectrum of self-destructive behaviors, and declare: I am the good person. Evil is not real. Bad things are overblown and are being eliminated from our world.

There are graphic and detailed descriptions of the end times throughout the Bible. Johns’ vision in Revelation and the account in the Book of Daniel are two of the most popular. They are popular because they give numerical clues and esoteric ‘naming of names’ in regards to times, people, and nations.

Virtually all of the prophets had some words about the end times. They all saw the same eventuality that had not yet come to pass, and gave us their version.

Matthew 24 is God’s version. The perspective and emphasis is different. At first glance, it seems to be a brief summary, a synopsis- certainly less detailed than the Book of Revelation. But then, you realize- it is all there. Everything that you need to know and when things will happen is revealed. Rather than a narrative of people, places, and events that will come to pass in our physical plane- it is a spiritual narrative. Those that have eyes to see and ears to hear- won’t miss a thing.

What else is going on spiritually at this time?

5 For many shall come in my name, saying, I am Christ; and shall deceive many.

6 And ye shall hear of wars and rumours of wars: see that ye be not troubled: for all these things must come to pass, but the end is not yet.

7 For nation shall rise against nation, and kingdom against kingdom: and there shall be famines, and pestilences, and earthquakes, in divers places.

8 All these are the beginning of sorrows.

9 Then shall they deliver you up to be afflicted, and shall kill you: and ye shall be hated of all nations for my name’s sake.

11 And many false prophets shall rise, and shall deceive many.

12 And because iniquity shall abound, the love of many shall wax cold.

Does any of this sound familiar too you? It does to me.

To find out what comes next and some things to look for- read Matthew 24 here:

Don’t let your love wax cold- it is the only thing that will drive you to endure what is to come. 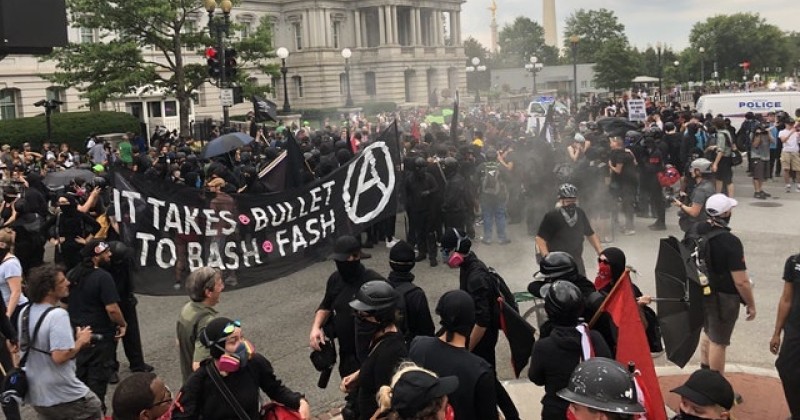