Deja Vu: Is the Oroville Spillway About to Fail Just Two Years After Near-Disastrous Evacuation?

Farmer amputates own leg to save his life

Millennials Besieged by Chronic Illness: From Age 27, It’s All “Downhill”

Rand Paul: Bolton is a ‘malign influence’ trying to lead us to war 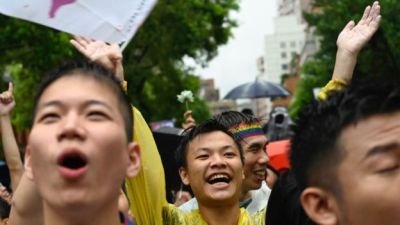 China Calls For “People’s War” Against The US, Vows To “Fight For A New World”

Italy plans to fine NGO boats up to €5,500 per rescued migrant

UK government takes 13-year-old girl from parents, sends to live with her rapist 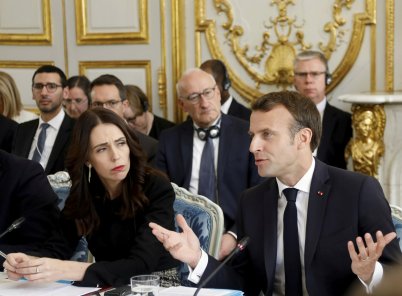 a fool and a knave, a knave and a fool

Man in country illegally charged with 11 murders in Texas

Here Are 15 Numbers That Show How The Global Economy Is Performing, And All Of Them Are Bad

Alabama law moves abortion to the center of 2020 campaign

Ground Zero: Communist Manefisto- Paranormal radio show host can no longer hide his fear of what he sees in politics 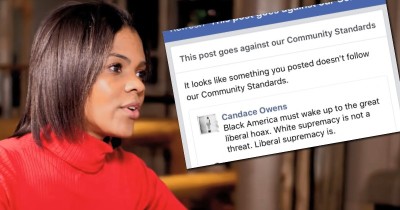 The Haunting Last Words of Isaac Kappy: “Now, I Am One of Them”

Illin’ Omar, as “only African on this committee”, complains Trump is killing too many jihadis in Somalia with drones

‘Revolutionary Communists’ descend on UCLA; advocate ‘overthrow of the system’

Both Comey And Brennan Voted Communist While Cold War Was Raging 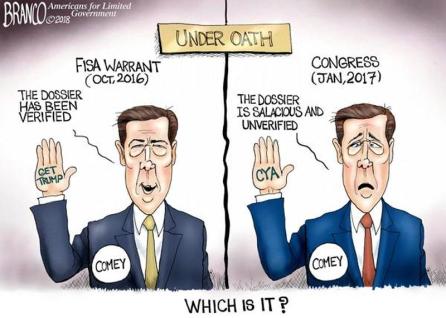 The troubling reason why Biden is so soft on China

the 45 goals of communism for us

In 1958, at the height of the Cold War, W. Cleon Skousen wrote a popular book titled The Naked Communist. In it, he described the “45 goals of Communism”. These goals were of such dire concern, they were entered into the Congressional record in 1963* (link below)

Remember, these were not already done or “underway”- they were goals that most people thought were Soviet fantasy- ‘never could happen here’.

Sixty years later- were they fantasy or did they happen here? (The current status of each goal is in bold after each statement):

[From “The Naked Communist,” by Cleon Skousen]

CURRENT COMMUNIST GOALS
1. U.S. acceptance of coexistence as the only alternative to atomic war. Done
2. U.S. willingness to capitulate in preference to engaging in atomic war. Done
3. Develop the illusion that total disarmament [by] the United States would be a demonstration of moral strength. Currently advocated
4. Permit free trade between all nations regardless of Communist affiliation and regardless of whether or not items could be used for war. Done
5. Extension of long-term loans to Russia and Soviet satellites. No longer applicable
6. Provide American aid to all nations regardless of Communist domination. Done
7. Grant recognition of Red China. Admission of Red China to the U.N. Done
8. Set up East and West Germany as separate states in spite of Khrushchev’s promise in 1955 to settle the German question by free elections under supervision of the U.N. Was done, reunified 1989
9. Prolong the conferences to ban atomic tests because the United States has agreed to suspend tests as long as negotiations are in progress. Was successful for extended period
10. Allow all Soviet satellites individual representation in the U.N. Was done, no longer applicable
11. Promote the U.N. as the only hope for mankind. If its charter is rewritten, demand that it be set up as a one-world government with its own independent armed forces. (Some Communist leaders believe the world can be taken over as easily by the U.N. as by Moscow. Sometimes these two centers compete with each other as they are now doing in the Congo.) Mostly done, ongoing
12. Resist any attempt to outlaw the Communist Party. Done
13. Do away with all loyalty oaths. Done
14. Continue giving Russia access to the U.S. Patent Office. Done
15. Capture one or both of the political parties in the United States. Ongoing, increasingly successful
16. Use technical decisions of the courts to weaken basic American institutions by claiming their activities violate civil rights. Ongoing, successful
17. Get control of the schools. Use them as transmission belts for socialism and current Communist propaganda. Soften the curriculum. Get control of teachers’ associations. Put the party line in textbooks. Done
18. Gain control of all student newspapers. Except for a small minority, done
19. Use student riots to foment public protests against programs or organizations which are under Communist attack. Ongoing, successful
20. Infiltrate the press. Get control of book-review assignments, editorial writing, policymaking positions. Done
21. Gain control of key positions in radio, TV, and motion pictures. Done
22. Continue discrediting American culture by degrading all forms of artistic expression. An American Communist cell was told to “eliminate all good sculpture from parks and buildings, substitute shapeless, awkward and meaningless forms.” Done
23. Control art critics and directors of art museums. “Our plan is to promote ugliness, repulsive, meaningless art.” Done
24. Eliminate all laws governing obscenity by calling them “censorship” and a violation of free speech and free press. Done
25. Break down cultural standards of morality by promoting pornography and obscenity in books, magazines, motion pictures, radio, and TV. Done
26. Present homosexuality, degeneracy and promiscuity as “normal, natural, healthy.” Done
27. Infiltrate the churches and replace revealed religion with “social” religion. Discredit the Bible and emphasize the need for intellectual maturity which does not need a “religious crutch.” Done
28. Eliminate prayer or any phase of religious expression in the schools on the ground that it violates the principle of “separation of church and state.” Done
29. Discredit the American Constitution by calling it inadequate, old-fashioned, out of step with modern needs, a hindrance to cooperation between nations on a worldwide basis. Ongoing, successful
30. Discredit the American Founding Fathers. Present them as selfish aristocrats who had no concern for the “common man.” Ongoing, successful
31. Belittle all forms of American culture and discourage the teaching of American history on the ground that it was only a minor part of the “big picture.” Give more emphasis to Russian history since the Communists took over. Ongoing, successful
32. Support any socialist movement to give centralized control over any part of the culture–education, social agencies, welfare programs, mental health clinics, etc. Done
33. Eliminate all laws or procedures which interfere with the operation of the Communist apparatus. Done
34. Eliminate the House Committee on Un-American Activities. Done
35. Discredit and eventually dismantle the FBI. Ongoing, discrediting has been successful
36. Infiltrate and gain control of more unions. Done
37. Infiltrate and gain control of big business. Ongoing, successful
38. Transfer some of the powers of arrest from the police to social agencies. Treat all behavioral problems as psychiatric disorders which no one but psychiatrists can understand [or treat]. Ongoing
39. Dominate the psychiatric profession and use mental health laws as a means of gaining coercive control over those who oppose Communist goals. Ongoing
40. Discredit the family as an institution. Encourage promiscuity and easy divorce. Done
41. Emphasize the need to raise children away from the negative influence of parents. Attribute prejudices, mental blocks and retarding of children to suppressive influence of parents. Done
42. Create the impression that violence and insurrection are legitimate aspects of the American tradition; that students and special-interest groups should rise up and use [“]united force[“] to solve economic, political or social problems. Ongoing, successful
43. Overthrow all colonial governments before native populations are ready for self-government. Ongoing, successful, mostly done
44. Internationalize the Panama Canal. Done
45. Repeal the Connally reservation so the United States cannot prevent the World Court Not done, one vital right we still currently have

Current Communist Goals
EXTENSION OF REMARKS OF HON. A. S. HERLONG, JR. OF FLORIDA
IN THE HOUSE OF REPRESENTATIVES

Mr. HERLONG. Mr. Speaker, Mrs. Patricia Nordman of De Land, Fla., is an ardent and articulate opponent of communism, and until recently published the De Land Courier, which she dedicated to the purpose of alerting the public to the dangers of communism in America.

At Mrs. Nordman’s request, I include in the RECORD, under unanimous consent, the following “Current Communist Goals,” which she identifies as an excerpt from “The Naked Communist,” by Cleon Skousen

I think that in the interest of fairness- in today’s climate where socialism has become a hot topic- that we use a little honesty and admit that there are some things that socialism is very good at:

Killing people. And in the special category of genocide, they have a near monopoly.

Socialism as a modern incarnation came on the scene via Marx and Engels 1848 “Communist Manifesto”. Marxism/Communism/Socialism proposes to replace private ownership of property with public ownership of all property. The public must, inevitably, have an administrative branch to ensure equitable distribution of the publicly owned capital.

That’s the theory. What is the real result? The following is a list of the biggest mass murders of the last century- the perp, ideology and number of deaths:

Socialism has consistently failed when deciding who gets what in their system, but they don’t have any problem deciding who doesn’t get anything.

An amazing video on Socialism: