Posted by bondo77 on January 28, 2019
Posted in: mangledman monday. Leave a comment 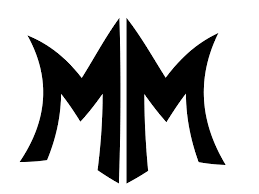 I have been truly saddened while searching for something to write about this week.  Yes I am running late.  The state of our country, and the attitude is appalling.  While on the one hand we have supporters of wall funding standing behind DT while they keep working without paychecks, feeling national and neighborhood security is at stake.  DT caves in and the opposition are rejoicing like the bullies that just stole your lunch.  Is this way past pathetic??
Blame it on BONDO!!  Yep, it had to be him!  He is the one!  He brought up the term “POLITICAL ATHIEST”  It has got to be somebody’s fault, because I am sure I have caught it too!  Do you think it is because I read too much?  Keeping track of current world events shouldn’t be this depressing, but with EVIL on the winning team, IT IS!!   We are in a world of  hurt children, they are working to steal our rights, import enemies, stealing our hard earned money just to enslave us, and voting only ever makes it worse.  A revolt seems to be in the mix, and there is no pause button on the remote.  There are States demanding you give up your tools of self protection, or tell them where they are at.  New York just decided that babies can be killed, as long as they are still inside.  It is now being exposed that most vaccines contain cells and DNA from these deceased children.  I guess the word cannibalism never occur to some.  Measles vaccines kill 63X more people than measles.  Planned Parenthood has less Customers here in the good ole USA, but hey they only profited $224,000,000 last year, even after DT forgot to stop funding their worldwide operations.  It’s an AMERICAN thing!  (pauses to hurl).
If you are paying attention Venezuela is going to be our next Syria.  Just like Syria Mr. Putin has just said “USA has no business in Venezuela” while the CIA is making paid dissidents prosper in a land of starving people.  Florida Maquis on you tube is watching this closely, and RT is showing the crap being spewed from DC.  Watching YouTube it ran to the next video, and it was from VOX I don’t know if I have even heard of VOX, but their take on Venezuela was right out of a DC manual.  The comment section was filled with trolls refuting any and every talking point  that didn’t go along with US intervention.   I read a headline that very said “RUSSIA JUST SENT 400 ARMED MERCENARIES TO VENEZUELA” and I remembered Florida Maquis video showing shipping movements of Ships off Venezuela.  The one I am in the middle of, he was saying the resources belong to the republic according their CONSTITUTION.  Somebody should tell Conoco.  He has been pretty Sharp so far.  The DT regime is going to put us right in the middle of this.
I watched a video from an INDIANA Sheriff showing how fast someone could get off 30 shots with one clip, or three.  There was a difference of 5 seconds with their unskilled female shooter.  If you had to worry about a family member at home in fear for their life, would you want your wife kids or grandma have to worry about reloading?  No?  When my hands get older, more arthritic, and shaky, do I want to think about reloading.  When that but guy grabbed his AR, and headed next door to the church, did he have to take 5 magazines and a box of ammo?  Letting the government regulate your rights is insanity isn’t it?