When a narrative is so deliciously anti-Trump, anti-Christian, anti-White, and anti-choice- the Left just can’t let it go- even if it is completely fake.

Even if the full-length video showing Native American activist Nathan Phillips and a hate group known as the Black Hebrew Israelites blatantly confronting and harassing the Nick Sandmann and his fellow students from Covington High School during last week’s March for Life played on a 24-hour loop on every cable news channel in the country, NBC News would probably still insist that Sandmann was somehow at fault, and that Phillips, who has since been exposed for lying about his service in Vietnam, was the victim of racially motivated harassment.

And so it is that during a segment on Thursday’s Today Show, the network once again lent a microphone to Philips, who used his time to scold Sandmann and his fellow Covington Catholic students while insisting that they undergo “some kind of sensitivity training.” Phillips added that, though their behavior “upset” him, he would like to “forgive” Sandmann and his peers.

After attending a “traditional prayer ceremony”, Philips said he “woke up with all kinds of good feelings in my heart” and that this had softened his anger toward the Covington kids. 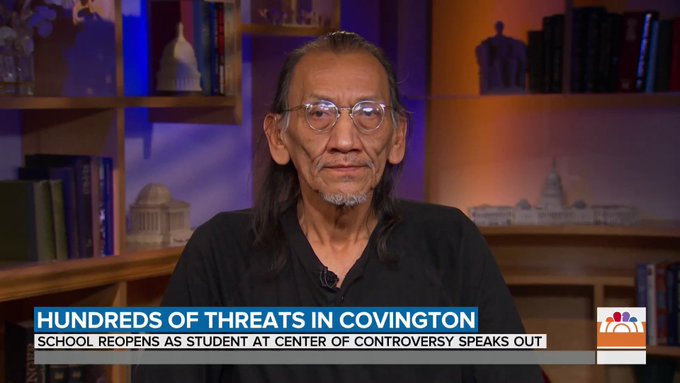 “Yesterday I woke up with all kinds of good feelings in my heart. For all those who’ve been mean to me, I want to forgive them.” -Nathan Phillips

In terms of Phillips’ impression about the kids’ statement, Phillips said he felt it seemed “coached and written up for him”…and that it displayed an “insincerity” and a “lack of responsibility” 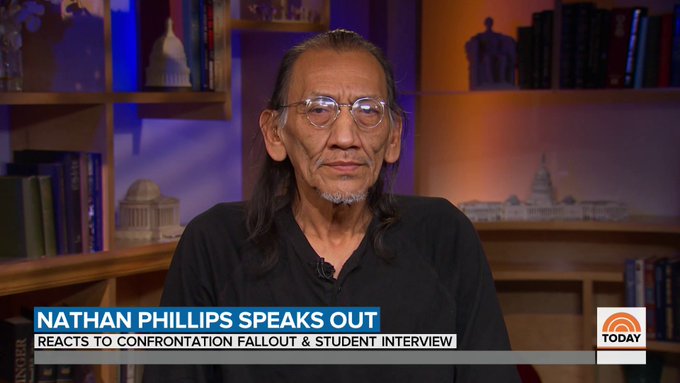 What was your reaction to Nick Sandmann’s interview? –@savannahguthrie

“I was upset.” -Phillips 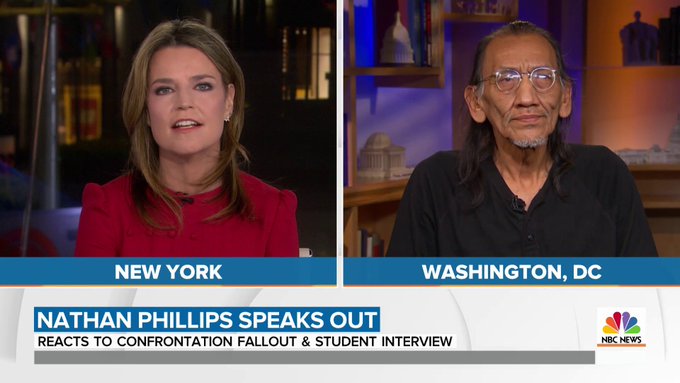 “What did you think about his [Nick Sandmann’s] words…and his version of this encounter?” –@savannahguthrie

“Coached and written up for him – insincerity, lack of responsibility — but then I went to go pray about it… I forgive him.” -Phillips

Asked if Phillips felt he was owed an apology, he accused the teenagers of racism toward Native American tribes. “If there’s an apology there would be an apology for his own behavior to other people besides me…I’d be way down in the list.” 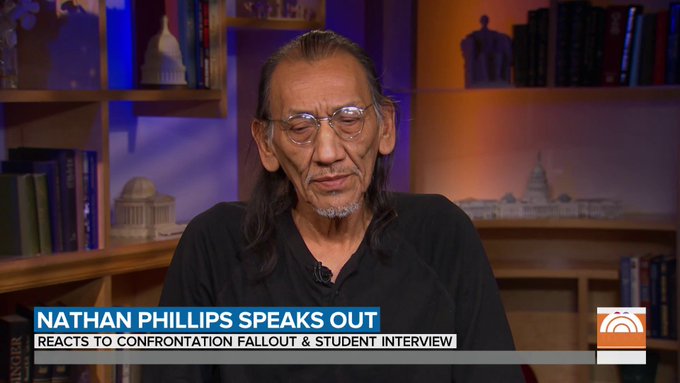 “Do you think he should’ve apologized?” @savannahguthrie asks Nathan Phillips about Nick Sandmann

But in what was perhaps the most staggeringly incorrect assertion from the interview, Phillips continued to insist that he heard the teens chanting “build that wall” despite recordings from the event proving that this didn’t happen. 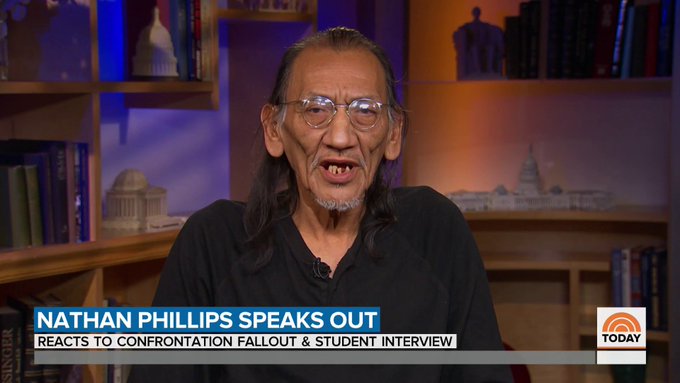 “Did you hear anyone say ‘build that wall’? It isn’t audible on the video clips I think that are out there. But did you hear that?” @savannahguthrie asks Nathan Phillips

“You know, I did hear that.” -Phillips

Since NBC had asked Sandmann the same question, they also asked Phillips if he feels he should have walked away…to which Phillips replied that he was trying to walk away. 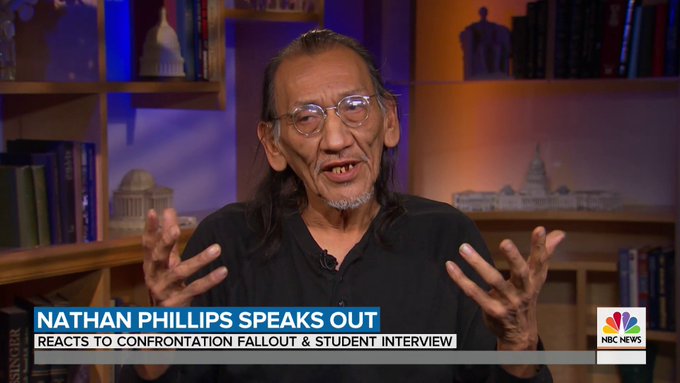 “I asked the young man this question. I’ll ask you the same thing…Should you have walked away?” @savannahguthrie to Nathan Phillips

“That’s what I was trying to do.” -Phillips

Phillips also admitted that the claims about his service in Vietnam was incorrect, clarifying that he only served in the reserves. “I’ve never stepped foot in South Vietnam.” 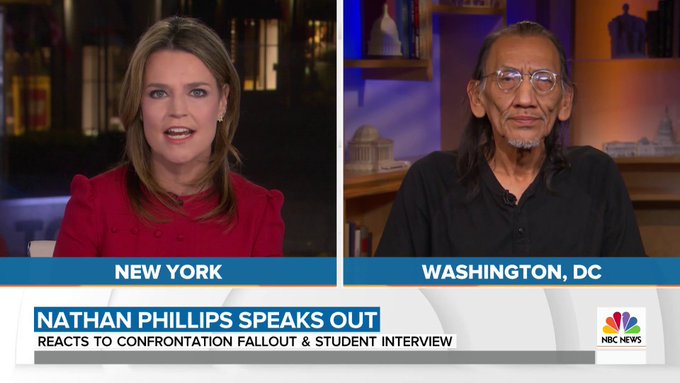 Shortly after the interview with Sandmann aired on NBC on Wednesday, video surfaced of Phillips and a group of Native American protesters interrupting a vigil mass at the Basilica of the National Shrine of the Immaculate Conception in Washington – the country’s largest Catholic Church – to demand that the church take action to punish the boys, and also that it provide “reparations” for Native American people.

When the protesters attempted to enter the building, security personnel shut them out, according to the Daily Caller.

After being introduced to the crowd of protesters as “Uncle Nate”, Phillips read prepared remarks to the crowd:

We demand that the students of Covington Catholic High School be reprimanded – not just by the school officials as seniors, but by their upcoming universities.

We demand the Catholic Church hold themselves responsible for the hundred-plus years of genocide that our indigenous people have endured – and still persist through – by [implementing] the following: with reparations of land and restorations to the indigenous peoples in the U.S. and across the world.

We demand that the Catholic Church revoke the papal bulls related to the doctrine of discovery, which laid the foundation for religious prejudice and the dehumanization of indigenous peoples.

The list of demands is met with loud howls and shouts of approval from the crowd.

Friday will mark one week since the incident took place. And by the looks of it, the mainstream media’s obsession with the Covington students hasn’t run its course just yet.