HIM- His Infernal Majesty

It doesn’t matter if you love him, or capital H-I-M
Just put your paws up ’cause you were born this way, baby- Lady Gaga

1: crazy, foolish
2: marked by wild enthusiasm
Oxford: no longer in possession of all one’s mental faculties From the Powerpuff Girls:
Him (voiced by Tom Kane in the series and Jimmy Hibbert in the British dub) is a mysterious, supernatural, effeminate, immortal, androgynous, and demonic monster. His physical appearance is an amalgamation of sorts with lobster-like claws, red skin, pointed ears, a hooked nose, yellow/green eyes and a long curled beard, wearing makeup, a woman’s red jacket and skirt with pink tulle at the collar and hemline, and black, thigh-high, spike-heeled boots. His voice ranges from a high-pitched falsetto to a deep, booming basso profondo. According to the narrator in Him’s first appearance, he is “so evil, so sinister, so horribly vile, that even the utterance of his name strikes fear into the hearts of men”. He is shown to feed off the negative emotions of human beings and become powerless when there is little or no negativity in the air. He refers to the other villains as mortals, which further supports the argument that he is the devil. In one of the original Whoopass Girls shorts, he is identified as the true devil, but never in the regular series. Him’s plans are usually psychological in nature, and often consist of manipulating events to either drive the Powerpuff Girls insane or simply drive wedges between them. Craig McCracken has stated that the character “Him” was inspired by the mannerisms of the Chief Blue Meanie in the 1968 film, Yellow Submarine. Most episodes Him is featured in are single-story episodes. Craig McCracken stated Him is his favorite villain. 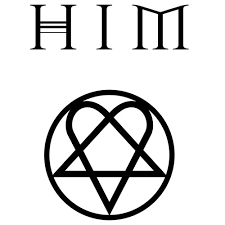 His infernal majesty is available on iTunes and Cartoon Network.

2 comments on “HIM- His Infernal Majesty”