There is a lot of concern these days about cellphones and brain tumors. Wherever there is concern- Bondo investigates. What results is- the real deal:

Most of us know someone who has suffered from the dreaded brain tumor. It is a high-profile frightening cancer- one with visible and devastating effects on the person who has it.

While there are surely many instances of cellphones causing a brain tumor- as the friends and family of Sen.’s Ted Kennedy and John McCain as well as politico Lee Atwater will readily testify- there is scant evidence of a correlation. There has not been an increase in brain cancer rates since the advent of cellphones. (I am such a conspiracy theorist and government/media distruster that I don’t know if these statistics are true- and the telecommunications lobby is alot more powerful than I realized- but it is what it is.) Any competent person can do a quick search and see articles and journal publications that state in various ways that cellphones do not cause brain tumors.

The net result is, if you start talking about the dangers of cellphones- people know you are wearing the tin foil hat again. Cellphones are NOT dangerous so shut up!

But, you see, as is often the case the truth is very nearby.

https://www.wired.com/2010/09/wireless-explainer/ Why Everything Wireless is 2.4 ghz

2.4 gigahertz is the frequency that excites water molecules. Shakes them 2.4 billion times a second. That’s what heats up your food and liquids in the microwave. That is the same frequency your cellphone uses. Think about that.

It is not the phone, but the NETWORK that phone uses. As summarized by Martin Pall and Dr. Mercola:

Did you see the diseases highlighted? Maybe the anti-vaxxers are looking in the wrong place. Maybe not. These are not theorized- they are facts shown in a variety of sources including the National Institute of Health:

https://www.theenergyblueprint.com/electromagnetic-radiation/ The Real Effects Of Electromagnetic Radiation On The Human Body

Get off that cellphone or you are going to fry your brain. Literally. I think it may be too late for some alas. 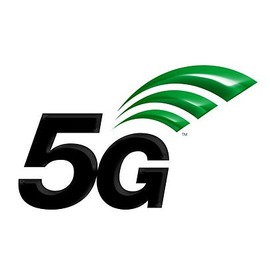