We live a peaceful secure life here in the good ole US of A. We are governed because we consent to be governed. Or so it has been.

We have a law-abiding peaceful society because we consent for it to be so- there are not enough police if everybody just decided to just do whatever they want. This way has worked for us for awhile, but we forget, things are not always this way. The fabric that holds this together, the respect for the rule of law- is under assault by the very people we have always relied upon to be the gatekeepers of this sacred social contract.

Comey- a fool and a knave

You had to know gloom and doom Bondo would come out eventually. I have compiled a very short collection of articles that illustrate where we are. It’s not pretty. It is not going to end well for any of us. When there is corruption like this, it corrupts absolutely.

The IG’s office had a copy of the ‘missing texts’, but the out and out mocking defiance with a ludicrous cover story in the whole affair is how things are done at the FBI now. Lawless.

The NSA ‘sincerely regrets’ deleting data they were ordered to keep. Lawless.

Government pensions are seriously underfunded- see how your state ranks.

I had the ‘Cadillac’ pension- a Teamster pension. That $1400 a month I was going to get for 10 years service? Gone. No recourse. State pensions are shockingly under-funded. They will not stay where they are now- I promise. If you believe otherwise, that the government cares and will take care of it- you are foolish. 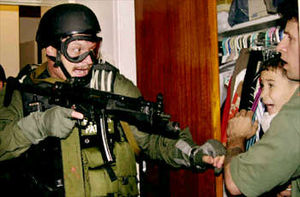 Flashback: Our government has always preferred the intimidation of raids

Add this to the long, and I mean LONG list of Obama administration lawlessness.

Mueller is a lawless pos.

The fruits of lawlessness

There are 18 million bonded slaves in India and society has degenerated, the fruits of decades of lawlessness.

Debbie Wasserman Schultz, the DNC, and the Clinton campaign are nakedly lawless.

Proliferation of lawless groups signifies the death of a nation

Julian Assange warns just before being silenced: CIA agents are running as Dems in midterm elections

This is beyond lawless, it’s totalitarian too.

This is the age of the high-functioning sociopath.

At the time of this post, they did see  a redacted version from Rosenstain. Two pages they had to be threatened to release. I’m sure it was two pages of patriotic tales and inspiring truth- NOT. Rosenstain is a lawless pos.

Joins a long list of suspicious deaths. If you go against the narrative in a lawless society, you meet an ‘unexpected’ end.

Jamie Glazov and Trevor Loudon have a good discussion of the enemies within. John B. Wells provides a wonderful long discussion- for free. He usually puts is stuff on his pay station. And a current event- former British ambassador to Syria says all this poison gas stuff is bs gas.

2 Thessalonians 2:3- Don’t let anyone deceive you in any way, for that day will not come until the rebellion occurs and the man of lawlessness is revealed, the man doomed to destruction.